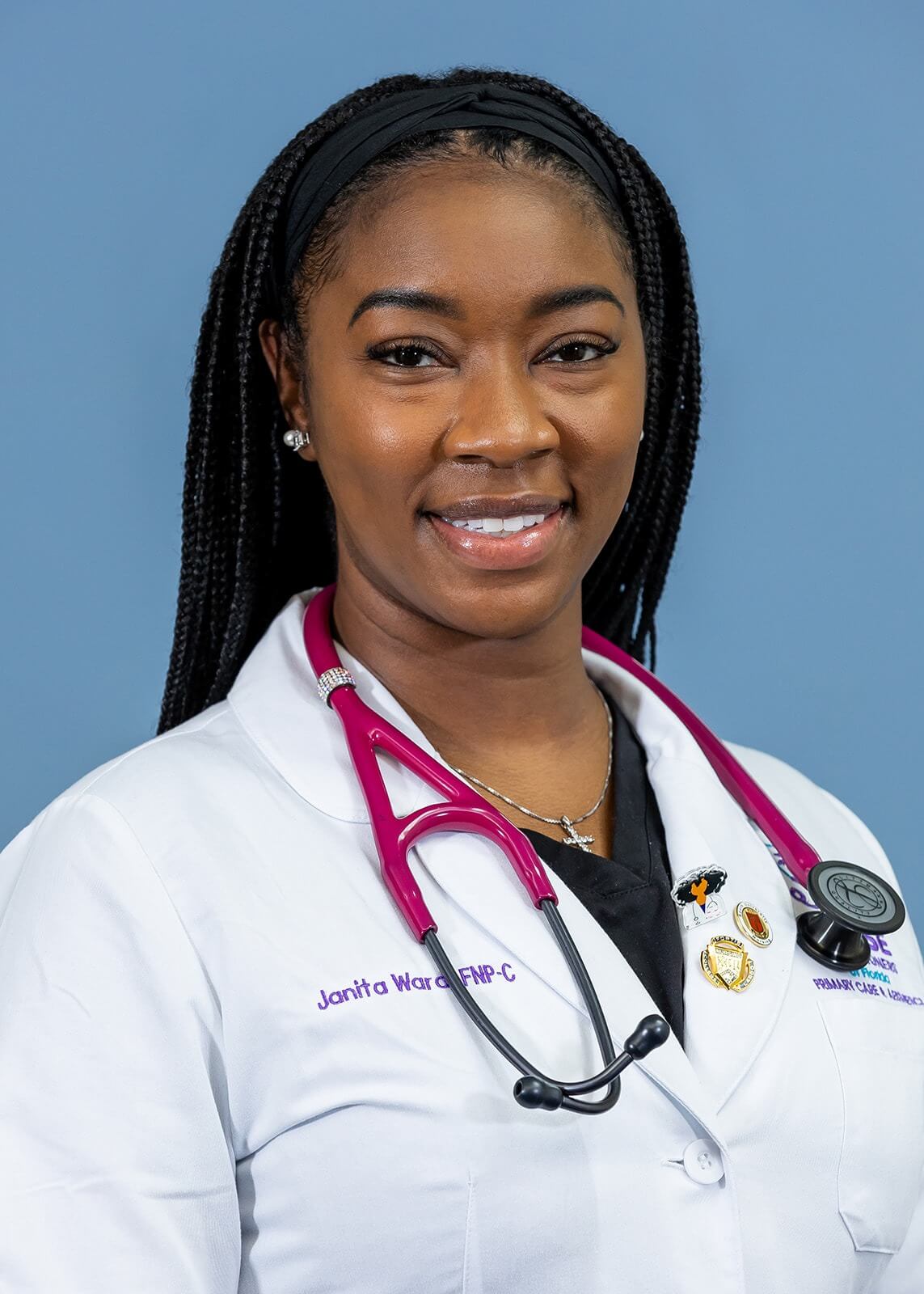 Janita Ward is a Family Nurse Practitioner with specialties in primary and women’s health for all ages. Her scope of practice includes — but is not limited to — assessments of hypertension, cardiac disease, viral and bacterial illness, asthma, COPD, arthritis, gastrointestinal disorders, psychosocial problems, women’s health, and thyroid disease.

Her professional medical career began shortly after graduating with her nursing degree, when she joined the surgical team for the Eye Institute of West Florida. While employed as an RN for several years, Janita provided excellent patient care to her preoperative and post-operative patients. She then decided to advance her medical career in nursing, which led her to BayCare at St. Anthony’s Hospital in St. Petersburg, working in the gastrointestinal and pulmonary unit.

While working full-time as an RN, Ms. Ward earned her Bachelor’s Degree at South University in 2016. Shortly after, she obtained her Master’s Degree in Nursing in 2018.

Ms. Ward also serves as a Rape Examiner with the Suncoast Rape Center of Pinellas County. She has since expanded her medical career as a Practitioner in occupational health.